Books For Sale Tax and shipping included in price 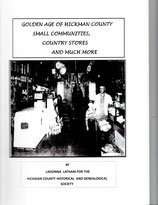 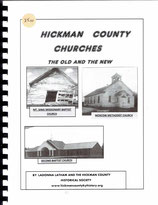 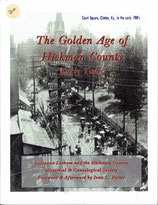 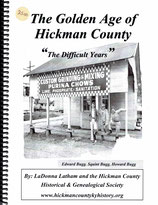 The Golden Age Of Hickman County " The Difficult Years "

Cooking With Our Ancestors (The Society's Cookbook)

﻿Family Genealogy and History is our Goal﻿

We have research material from other counties in Kentucky, Tennessee, Georgia, Missouri, Illinois and several other states.

We have a lot more research material and pictures. We are always looking for any old pictures and old records of any type to put in our records.


More to come later just getting started on site. Will have store up soon to purchase books. We will have more info at a later date. If you have any questions please send us an email and we will try to answer.

Many interesting facts about one's ancestors can be found when researching your family.

During the research of my great-grandmother, Mary Virginia Farrow, I discovered that she was left an orphan.  My Mother did not know this about her grandmother.  I also found out that Mary never got to see her father because he died before she was born.

Mary Virginia Farrow was born on May 4, 1864.  Her parents were Jesse Farrow and Eliza Richardson Farrow.  Her father was in the Civil War but did not survive the armed conflict for he died in February, 1864, just about three months before she was born.

I discovered, during my research that after her father died, her mother turned her over to the courts when she was about one year old because she could not care for her.

Mary lived in the Samuel Hall home for about six years then she went to the Richard Slatton home for about the next ten years.  She married her husband, Wiley Denton, in 1882.  They were married for sixty years and had three girls and two boys born to this union.